Plant a tree in memory of Rudy
An environmentally-friendly option 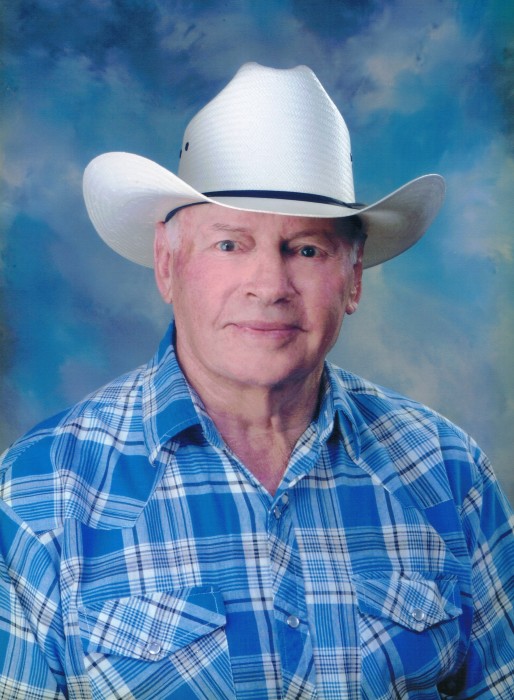 Rudy E. Doucette of Haines (formerly of Salem, Oregon) died peacefully on March 29, 2021, at his home surrounded by family.  Poetically befitting the end of a life well lived, he left this earthly world on his 98th birthday to join his loving wife Joanne who died on April 21st, 2020.

Delayed due to COVID 19, Catholic services for Rudy and Joanne are scheduled to be held at St. Edward Catholic Church in Keizer, Oregon on May 20th at 1:15 PM.

Rudy was born on March 29th, 1923, the youngest of four children born to French Canadian immigrant parents Lucien and Rose Marie (Scott) Doucette on their homestead near Malta, Montana. A rugged countryside of weather extremes, ranch life in remote eastern Montana made for a challenging existence in the 30’s and 40’s. The tragic drowning death of his beloved older teenage brother Rolland and the declining health of his father prompted the sale of their Malta ranch and a family move to the warmer, drier climate of Phoenix, Arizona when Rudy was a young adult.

His horsemanship ability and roping skills served Rudy well in his next career as a professional rodeo cowboy.  He was a consistent winner, traveling coast to coast as well as north of the border, following the rodeo circuit competing in bulldogging and calf roping on his legendary blue roan. He won numerous awards, buckles, saddles and trophies from the Calgary Stampede to Red Bluff, California to Phoenix, Arizona.  It was at the St. Paul, Oregon rodeo that he met local beauty, rodeo princess, and the love of his life Joanne Coleman. The two were married on August 16th, 1952, and began their life’s adventure together traveling the rodeo circuit in a horse van pulling the travel trailer that was their first home.

When son Dan and daughter Mary Ann were school age, the Doucette family settled in the San Fernando Valley of southern California where daughter Lori was born. It was there that good friend and fellow cowboy Phil Rawlins, a movie production manager introduced Rudy to the “picture business” beginning his 30 year career in the motion picture industry.  Joining the Screen Actors Guild, he did stunt work, drove stage coaches - portraying on film the cowboy he truly was - in feature films and TV series.  It’s not unusual to still see Rudy in the background of western reruns such as How the West was Won, Gunsmoke, Rawhide, Bonanza, F-Troop and Little House on the Prairie. Despite his unassuming nature and inclination to remain out of the limelight, performing at a rodeo in Madison Square Garden or in front of a Hollywood camera never fazed him; it was just what he did. Probably his most nervous moments ever were while delivering a moving acceptance speech as he received the honor of being inducted into the St. Paul Rodeo Hall of Fame in 2006.

In retirement Rudy and Joanne were able to fulfill their lifelong dream of returning to their rural roots in the Northwest when they found the 8 acre mini-ranch near Salem, Oregon that was their ideal home for over 30 years. They tended orchards, fed beef cattle, raised pasture and hay, and continued to work as hard as ever until health issues prompted their difficult decision to move to the Haines area to be closer to family in October of 2019.  Throughout their lifetime, they were always available to their growing family of children, grandchildren and great-grandchildren to whom they were very devoted, and who adored them in return.

He is survived by his son Dan Doucette of Baker City, daughter Mary Ann (Jim) Ingram of Haines, daughter Lori Wilmes (Eric) of Canby, eight grandchildren, 15 great-grandchildren and many special nieces and nephews.

Rudy’s family wishes to express their thanks to LuAnn Cook, NP, Dr. Lamb and his associates at St. Lukes, the St. Alphonsus Hospital Community, and Heart ‘N Home hospice who always treated him as the special individual he was, compassionately attending to his health care needs with dignity and respect.

Special appreciation goes out to Nicole, Kyler and the entire staff at Memory Lane Homes who embraced Rudy and lovingly cared for him (and his family) as if all were part of their own. We will be forever grateful.

Memorial contributions in Rudy’s memory can be made to the charity of one’s choice through Coles Tribute Center, 1950 Place St., Baker City Oregon.

Plant a tree in memory of Rudy by clicking here.
To send flowers to Rudy's family, please visit our floral store.

A service summary is not available

Plant a tree in memory of Rudy
An environmentally-friendly option

Plant a tree in memory of Rudy

2 trees planted in memory of Rudy

In memory of a special man. He led by example.
Kevin Cremin

A Memorial Tree was ordered in memory of Rudy E. Doucette by Kevin Cremin.  Plant a Tree

A Memorial Tree was planted for Rudy E. Doucette

Plant a tree in memory of Rudy